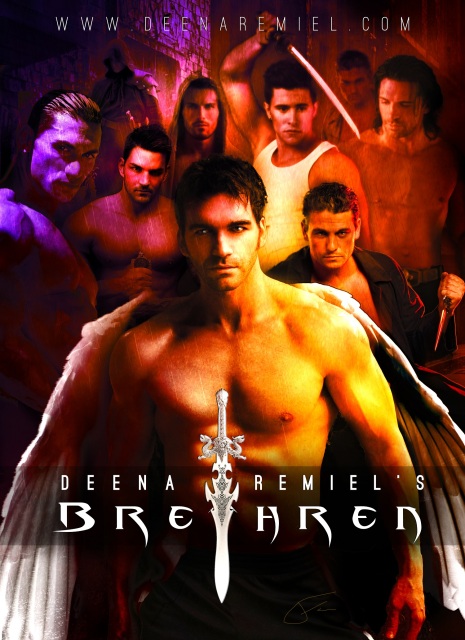 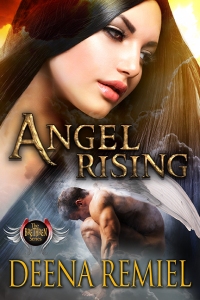 Hannah Livingston has the most infamous stalker that ever existed- Satan. She spent her sixth birthday with the Brethren, fighting an apocalyptic war that sent the Dark Prince back to Hell, and the rest of her life wondering if he’d be back for her soul someday. She needn’t wonder any longer.

Gabriel Seeker, Brethren Protector, spends his days and nights rescuing kids from sex traffickers and protecting their lives from further damage. He knows all too well the nightmarish world they’ve been stolen into, and it’s gotten harder to keep secret his own past horrors.

Hannah and Gabriel have always gotten along, first as friends, then as co-workers. She manages his life and he protects hers. A perfect, symbiotic relationship, so it would seem, until suppressed feelings for each other surface and forever change the landscape of their lives. Stricken with PTSD, the determined angel seeks to protect the woman he loves from Satan’s greedy and insidious clutches.

Deceit and seduction, desire and repression, collide in this epic, immortal story of love, duty, and sacrifice.

Callie has secrets, too many to count.

For twenty years she’s been living a lie as Callie Worthington, hiding from the monsters who brutally murdered her parents for possession of the Elixxir of Life. Unsuccessful before, their killers have found her and will stop at nothing to acquire the Elixxir. And see her dead.

Nathanael has a couple of secrets, too. A nasty one in particular blurs the line separating Good from Evil. As an immortal Brethren Warrior, though, he must retrieve the Elixxir before it falls into the wrong hands. Just how he’s going to get it out of Callie’s is the big question.

Tempers flare as Callie and Nathanael reach out to each other with their own hidden agendas. She needs his protection. He needs the Elixxir. Will their fiery passion lead to lasting love, or will their web of intrigue ultimately destroy them both?

Raphael, a Brethren Savior, an angel with a forgotten past, has lost his power to heal and is on a self-imposed guilt trip to get it back. If he can’t, his tour of eternal duty as Brethren Savior will be revoked. On his journey, he winds up enmeshed in a web of attempted murder and resurrection, all thanks to a woman he’s only seen in a photograph and by chance on an Arizona desert hiking trail.

Serena Sikes is a wanted woman. Desired by “undesirables” for a gift her brother gave her—a stolen relic with suspected healing powers. Hunted down in the Arizona desert and left for dead, she is found by none other than the angel who cannot heal.

Raphael and Serena are inexorably bound together, for locked deep within the relic’s heart had lived the soul of his long lost wife. Now, it resides inside Serena. Evil lurks around every corner as Raphael tries to keep both Serena and his dead wife’s soul alive and lustful temptation at bay.

Three souls bound together by an ancient relic, bound by a timeless gift, and bound by a love that is eternal.

One way or another, terror will reign tonight…

School teacher and single mom, Emma Livingston, has been through hell–and back so she thinks. While dealing with the night terrors and active imagination of her five-year old daughter, Hannah, she attempts to lead a normal life. That is, until the demon from those nightmares pays her a visit, too, and threatens both of their lives. Desperate, she reaches out for help–and finds Michael waiting.

Michael D’Angelo is known to everyone in Prophet’s Point, Arizona, as their loving elementary school principal. But to The Brethren, he is the most powerful Protector. Immortal and angelic does not mean he’s without doubts or fears, as protecting Emma and Hannah from Evil tests his ability to fight his tortured past.

As the Trinity is formed, ancient secrets are revealed and faith is tested. When a prophecy is exposed, Hannah becomes the main target and Emma wonders if a normal life will ever be possible again. Hope is like an anchor, but can a mother, her daughter, and an angel overcome the evil determined to annihilate the world?

Enigmatic angels manifested on Earth millennia ago to protect and save the human race against evil. These are their compelling stories of human salvation and triumph over Evil.

**This is an anthology of three short urban fantasy stories that were originally part of an online serial. It is meant to be a companion to the Brethren series, but can be read as a stand alone. It brings us closer to three of the nine Brethren- Gabriel, Nathanael, and Cassiel- who they are, what they do, and their more memorable missions. More stories are to come. There is no romance here, but plenty of hot-blooded angel!